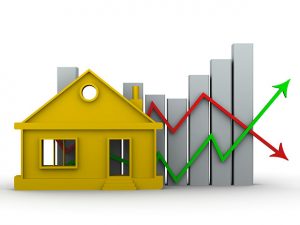 The real estate market in Canada has been in the middle of a large boom with a gain of over two hundred dollars in prices for homes since 2006. This steady increase in prices has fueled other areas across the country. The reasons for the increase have been an increase in energy production from the oil sands areas that have been opened up and developed. When there is more money available, investment in real estate is one of the primary areas affected.

According to the quarterly forecasts in the markets, the Canadian markets should still see a bit of a rise then start to level off. Most of the areas in Canada are compared together but the Vancouver and BC areas are considered to be the guides according to what the future market may do. Prices in the areas of BC and Vancouver are flattening and may decrease during the early part of 2017. This in turn will affect the rest of the market and at the least, cause a leveling out of prices and homes offered for sale.

The recent withdrawal of Great Britain from the European Union has some interesting repercussions in global markets worldwide and those in Canada are not exempted. The overall feeling is that the lending rates will remain low and the real estate will continue to reflect that in the different regions of the country. The best recourse for investors is to look at the local markets closely and keep an eye on what the markets around the world are doing. If the chaos in the markets continues, it could be a benefit for investors. Right now, the banking industry is in a bit of an upset and the jitters will likely continue for some time to come.

The Canadian real estate market has seen jumps and drops in the prices of homes and businesses before depending on financial markets and how they are set up to work with investors or to help stimulate the economy. Both of the goals are part of keeping the country stable when events spin out of control. The upcoming elections in the United States also may have something to do with the markets. If a president is elected who will work with the developers to bring oil from Alberta to the Gulf of Mexico, the price of real estate will definitely be affected.

For right now, the best bet is to keep abreast of the changes and look over real estate carefully before buying or even selling. If prices continue to rise than the homeowners who sell now may find it difficult to re-invest in property nearby as the prices will rise says Homeservice Club of Canada. Temperance and judgement are both required in this climate for Canadian real estate.